The incoming tide was the protagonist of a performance created during a residency at Spurn Point, Holderness coast, in 2008.

Fr-Agile is a performance piece about Spurn's shifting movement since the 1850's. It is the outcome of a research residency during which I looked at how wind, water and tides shape the peninsula. My blog describes and records the 'Work in progress'.

The overlay of the Holderness coast's first OS map (1850) over recent aerial photographs* became the base for this piece about Spurn's slow movement westwards.

Having a closer look at the most vulnerable spot of this finger of land, the neck, the overlay shows that today's North Sea beach occupies the area where in the middle of the 19th century the banks of the river Humber have been (link to the overlay).

On the 1850 map the 'sand and shingle' on the river banks are marked as yellow dots. In the overlay some of these yellow dots happen to be located amid a group of currently existing defence blocks protecting the neck against the North Sea.

Fr-Agile is a performance based on this coincidence. At the dawn of 8 August 2008 I connected four yellow buoys, representing the yellow dots of the OS map, with silicon tubing to the defence blocks. They were exposed to the incoming tide, wind and weather, the elements which shape and shift Spurn over time. Jo Millett has recorded this process on video. The performance has been further developed into two time based sculptures: *courtesy: Dept. of Geography, University of Hull 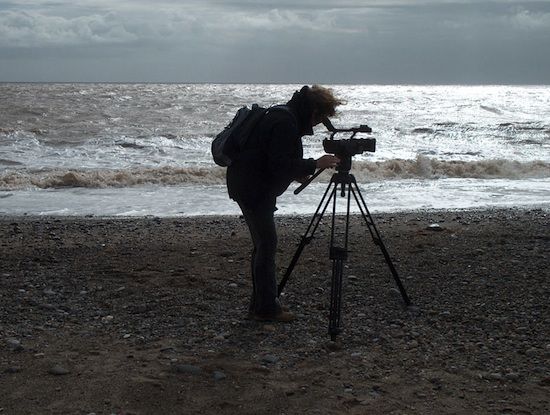