2010
Projection on curved screens, made of silk thread
Seascape and Buoy [Fr-Agile]

Footage of the incoming tide at Spurn Point, recorded during a performance, is projected on curved screens made of unwoven warp threads. The image first hits the threaded screen and then the wall behind it (thus you see the same image twice). The screens are rigged like sails but instead of wind they work with light.

"Weaving and video, two seemingly contrasting techniques, have been combined to reveal a fascinating affinity.
Interlacing lines reflect a mesmerising and binary nature of weaving that is believed to have led to the development of cyberspace and a digital age of immateriality."
South Square gallery, February 2010 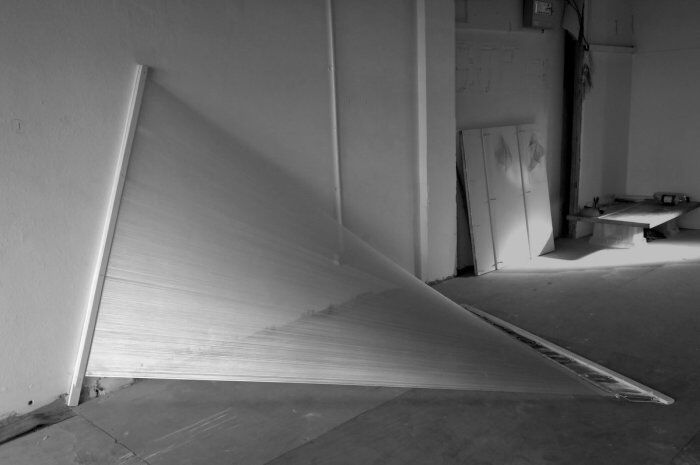